Welcome to our February Market Update.

After a sobering start to the year, investment markets are back on track having recorded strong gains in February, buoyed by a healthy half yearly earnings reporting season. Promisingly, 59% of companies saw profits rise from a year ago and 46% beat expectations. The main exception to this was a poor result from Telstra. Following on from generally good profit reports, Australian business confidence reached a three year high, recording the biggest monthly rise in almost a decade: 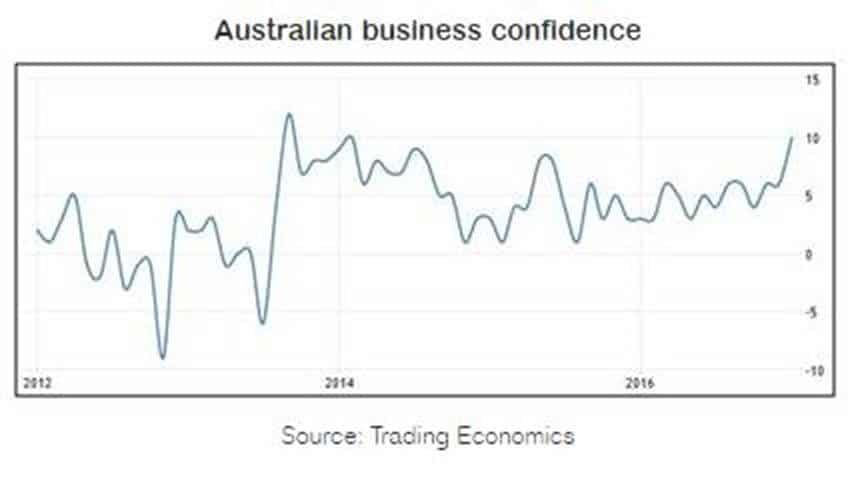 This has also been the trend in the US, with President Trump continuing to talk up his action plan, however so far his main efforts are targeted at his ongoing war on the “FAKE NEWS” media and immigration. His address to congress provided no real insight into the promised tax cuts and a little into his infrastructure spending plans. His rhetoric and use of buzz words continues on, with the building of the “GREAT GREAT WALL” to commence ‘soon’, and they are doing “great things”. Healthcare reform is currently high on the agenda. Job numbers released last week were stronger than expected, and we have seen a consistent rise in the US stock market since his election, with record low volatility. We are also at the anniversary of the 87 stock market crash, and below we can see the red line showing the increase in the ‘price/earnings ratio’ to almost 18 times, a level not seen for a long time. 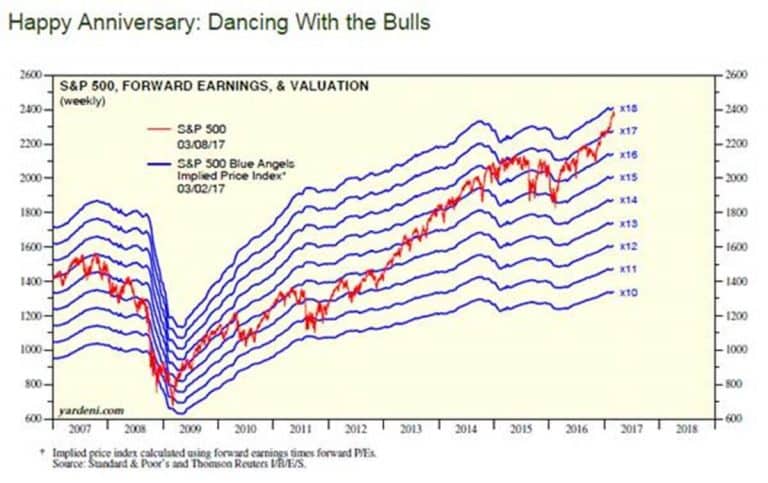 This does present the risk of a correction and most respected commentators see an inevitable rise in volatility over the course of the year as the Fed seeks to put the brakes on the economy. Below can see that market expectations are pointing to a 100% chance of a rise at their March meeting. 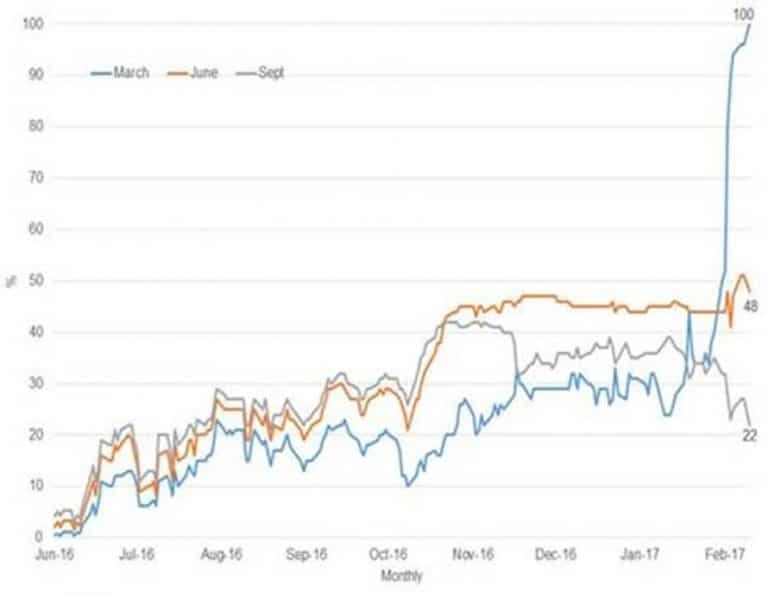 Further to this, it is likely we will see a few more of these throughout the year. The bears see this as further moves towards ‘recessionary forces’ that will eventually result in a serious correction. The optimists though, continue to point towards growing profits, ‘reflation’ which is generally positive for asset prices, and a strong jobs market. To us, we remain at a neutral stance but more cautious than we have been for a while, and we are actively looking to take a little bit of risk off the table. Looking forward in the US, we also have the German Chancellor Angela Merkel visiting the White House shortly, which should be interesting given one of Trump’ tweets from 2015.

In the meantime, Australian investors should also be focused on the upcoming changes to superannuation. More details on this will follow in a separate e-mail this week. We are also expecting details of the widely anticipated Alinta float this week, which we will review in terms of suitability for client portfolios. If you need financial advice, please feel free to get in touch.