Welcome to our January market update.

The S&P/ASX 200 fell 0.45% in January, breaking a run of three consecutive months of positive returns. Health Care was the best performing sector, climbing 3.2%. Utilities were a notable laggard, falling by 4.5% as they were caught up in the sale of ‘bond proxy’ securities.

The so-called January barometer that takes January as a guide to how the year will go has long been looked at around this time of year. Since 1980 a positive January has had a 86% hit rate of going on to be a positive year. By all accounts, with global shares up 3.8% and US shares up 5.6% in January you may be forgiven for thinking 2018 was going to be a ripper year for equities, however in the first week of February this all came unstuck, delivering the worst week in share markets for the past two years. 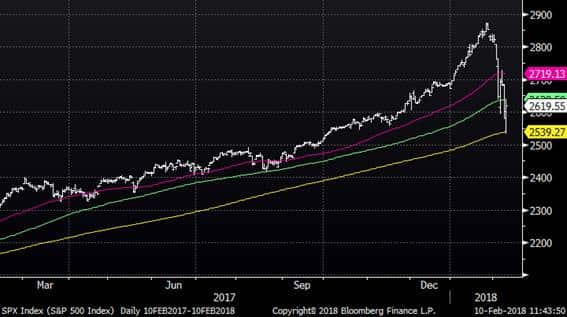 The trigger for the collapse was, at a glance, fairly trivial. The US released better than expected wage growth numbers which investors believed would result in surging prices for household goods in America. In short – inflation. This would then force the US Federal Reserve to accelerate plans to increase interest rates which have remained low since the GFC. The flow-on effects of a higher interest rate environment is generally a negative for equity markets, with higher costs of borrowing, a higher discount rate, and a large capital outflow as investors pull their money from equity markets. The result? $60 billion was wiped from the Australian share market in the last week….however, the good news is that it is still $736 billion higher than 10 years ago, those stats don’t sell newspapers though!

Our view is that the event was a necessary correction after a strong, consistent rise in share prices. The correction has certainly been sharper than anyone expected, which can be attributed to some ‘short volatility’ exchange traded products which accelerated selling, resulting in the Dow Jones dropping almost 800 points in 7 minutes in one late trading session. Corrections happen, on average, once every 357 days. After a two year run that was nothing short of outstanding we have been long overdue for one. If higher interest rates are a consequence of higher growth, then this should not hinder equities nearly as much as many have been predicting. We believe fundamentals are continuing to improve and global macroeconomic data remains robust and supportive of equities. Expect to see a few speedbumps along the way though as the world adjusts to this new prospect of inflation and higher interest rates.

These events highlight the importance of a diversified, multi-asset investment strategy. It can be difficult to remain invested during periods of market stress. Buying low and selling high is hard. But it is precisely this emotional aspect to markets that creates the opportunity for a disciplined investment process to add value in the long run. We will of course be watching market developments very closely, but for now we shall dust ourselves off and push on for the rest of the year.

All the best for the month ahead!