Last month I started the review with images of the capitol hill rioting and discussed how the democrats had surprisingly won both senate seats in Georgia. Thankfully The inauguration of Joe Biden as the 46th President of the united states didn’t end in utter chaos as some were expecting as per the Capitol Hill storming. It is now clear that Biden is the president and we can now focus on what he will bring to the table.

The ASX200 ground up 0.3% finishing at 6,607pts for the first month of the year, led by consumer stocks. The rotation trade seemed to lose steam throughout the month as valuations continued to be stretched and various technical indicators flashed red indicating a correction was imminent. Property trusts also underperformed after a strong 6 months. Below summarises major market performances for the month.

The RBA remains focused on getting inflation sustainably up. As widely expected, the RBA left interest rates on hold at its February meeting, but it surprised by announcing an extension to its bond buying program and indicated that it does not expect to raise rates before 2024 at the earliest. A QE extension was expected but most economists saw the announcement coming closer to the expiry of the current program in April and most also saw the first rate hike as being in 2023.

But what will the RBA do if house prices continue to hot up? Right now, the RBA is celebrating the support to household balance sheets and a recovery in spending via wealth effects from higher house prices and is not too concerned about financial stability because there are few signs of a deterioration in lending standards. We are likely to see a wind back in government home buyer incentives this year, followed by a renewed tightening in lending standards if judged necessary rather than higher interest rates if low rates are still needed for the broader economy. This may become an issue later this year or in 2022.

US stocks continue to trade an exceptional premium to foreign equities. Historically, relative valuations are an excellent gauge of relative long-term expected returns, which would argue against an overweight position in US equities. However, such an argument could have been levied against US equities in late 2018, and that would have hurt investors. After 2018, the global economy was on the back foot, which helped the more defensive US markets, further boosted to Australian investors by a strong US dollar. This time around, the global economy is set to continue to grow above trend for the foreseeable future, underpinned by very easy monetary as well as fiscal conditions and by the large pool of private savings available around the world. 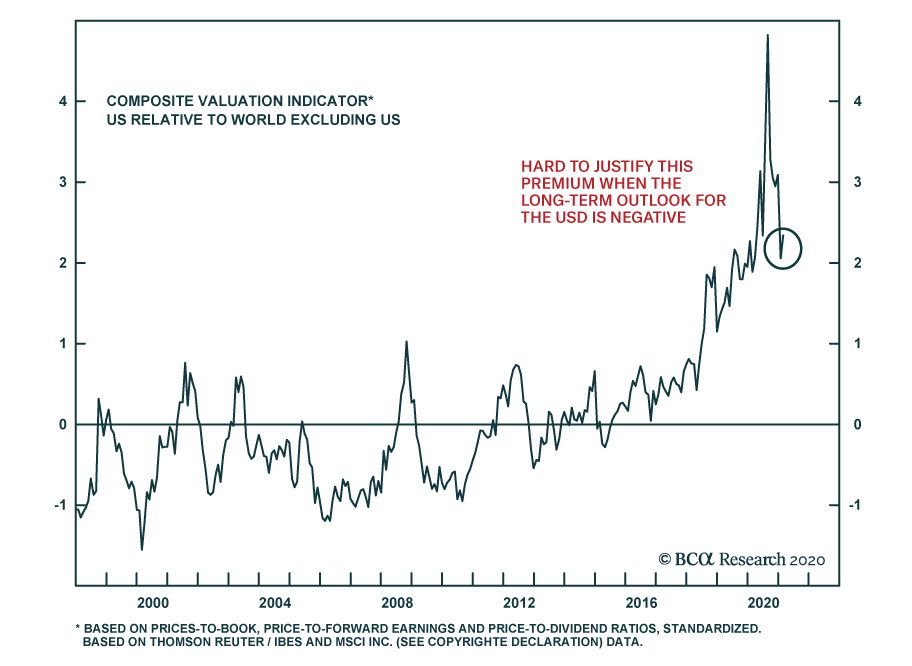 It is also important to consider the long-term risks surrounding the US economy. An exceptionally large amount of support from the government largely financed indirectly by the Fed has kept the US afloat. Such an arrangement is likely to have a long-term adverse impact on the dollar via either inflation or the negative impact on the productivity of a large debt build-up This is likely to have long term ramifications for investors, with the question often asked of us by clients ‘who is going to pay for all this?’.

The story that stole the show for the first month of the year is none other than the David vs Goliath of Reddits ‘Wall Street Bets’ (WSB) taking on the ‘Suits’ of Wall Street. Reddit an online platform where people form a community (sub-reddit) and discuss/share/banter over a mutual topic, in this case punting on US Stock options. One user discovered that the short interest on GameStop (GME) was over 140% with GME stock price around $3 at the time. He posted to the WSB Sub-reddit highlighting how absurd this was and employed his fellow WSB redditors to start purchasing GME stock to potentially create the mother of all short squeezes and cause hedge funds, in particular Melvin Capital, to lose a sh*t ton of money. Slowly but surely the stock price started to rise before an epic finale sending the stock to nearly $500 causing a brokerage meltdown and raising all sorts of question about the legality of the hedge funds actions in shorting GME. 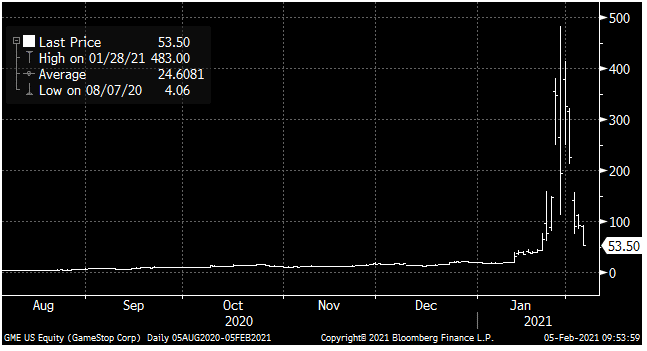 Oil prices have continued their strong run, up 7.5% for the month and 45% for the past 3 months, which has buoyed performance of locally listed Woodside and Oil Search. The price rise was stimulated by a surprise production cut from Saudi Arabia in an effort to deplete the worlds bloated oil inventories. It is worth including the oil price chart below over the past 12 months, more so to remember that staggering moment prices hit MINUS $40 last April as futures trades scrambled to avoid taking stock with nowhere to store it. 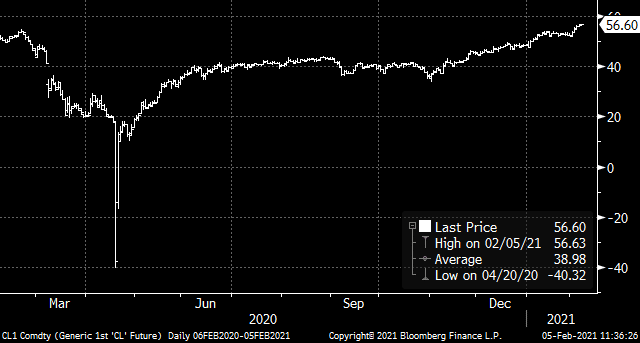 Financials had a quiet month but sentiment is improving. The S&P/ASX 200 financials sector has underperformed the broader market since 2017, and the size of the underperformance has accelerated as interest rates fell and yield curves flattened. However, four factors may provide the extra juice that the sector needs to be a strong performer in 2021.

These 4 factors and the continuation of the rotation away from tech should see financials providing strong returns for the remainder of the year. 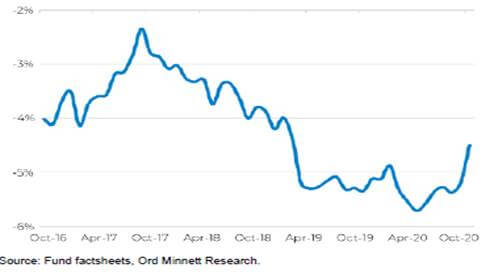 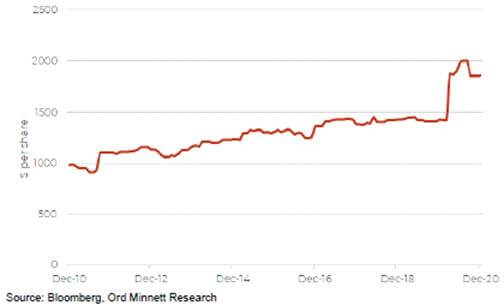 In terms of the broader outlook, share markets remain at risk of a short-term correction after having run up so hard recently and 2021 is likely to see a few rough patches along the way. But timing such moves will be hard and looking through the inevitable short-term noise, the combination of improving global growth helped by more stimulus, vaccines and low interest rates augurs well for growth assets generally in 2021.

We are likely to see a continuing shift in performance away from investments that benefitted from the pandemic and lockdowns – like US shares, technology and health care stocks and bonds – to investments that will benefit from recovery – like resources, industrials, tourism stocks and financials as noted above.

Thanks for reading and we’ll have a further update next month.

PrevPreviousMarket Update: December 2020
NextAll You Need To Know About FintechNext