Welcome to our July market update.

Click here to access our monthly market update for July, with commentary on current market events below.

The Australian market had another flat month in July, falling 0.01%, with gains from Materials (+3.57%) and Financials (+1.25%) bucking the trend. There was little in the way of domestic news too as the market awaits the August reporting season, which we can be optimistic about as there has been a lack of major downgrades during the “confession season” of pre-August.

The real headlines for the month of July were made internationally. The ongoing circus that is the White House persists, with a revolving door of staff that even the Australian prime-ministership can’t keep up with. An escalating war of words has culminated in a tension with North Korea that could hardly be more palpable, prompting Trump to threaten a response “like the world has never seen” if North Korea persists with its nuclear testing program.Whilst worrying for households, what does all this mean for financial markets? Surprisingly little. The market has continued to shrug aside the political theatre and has produced an American equity market that is at record highs with volatility that is at record lows. 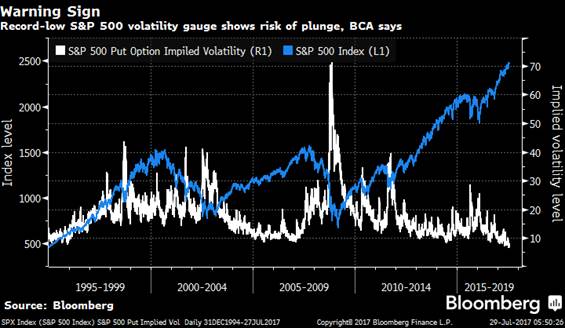 Reinforcing the aura of invincibility for US Shares, the VIX (otherwise known as the “fear index”) at one point reached 8.84, the first time it has ever fallen below 9.

The Australian dollar continues to be stubbornly high, now fetching a touch under $0.80 USD. Following its surge last month on the back of the RBA comments, we have seen RBA Governor Phillip Lowe backpedal somewhat, stating the strong Australian dollar is bad for domestic growth, in an effort to keep the rise in check. So far this message that has largely been ignored. 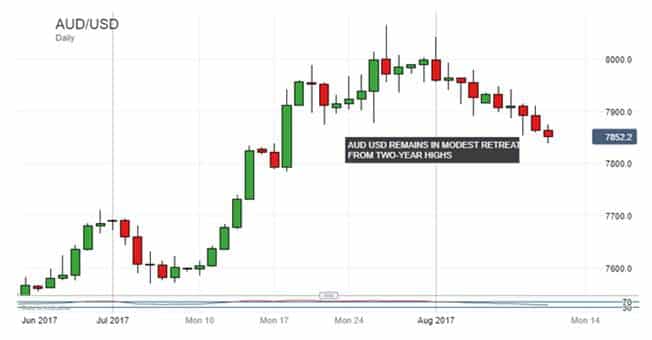 Although experts have forecast that the Aussie will fall to $0.73 USD by December, history tells us that the AUD rarely falls as it should. Your guess is as good as mine.

Should you have any questions, please do not hesitate to contact us.