Equities continued their strong run in May as developed countries began reopening and a string of economic data coming out better than expected. We summarise the main indices as at the end of May below:

Australian shares backed up a stellar April to edge up a further 4.4%. Resources (+8%) led the way higher on the back of iron ore prices which are now over $100 a tonne, caused by threats to Brazilian iron ore production due to their coronavirus crisis. The flow-on effects of this are also a higher Australian dollar, now worth just under US$0.70, its highest level since early January.

It comes as no surprise that BHP was the biggest contributor to the ASX in May, closely followed by the likes of FMG (and subsequently catapulting Twiggy to 8th on Australia’s Rich List).

CSL was the laggard for the month on the back of concerns surrounding plasma collection during the COVID-19 pandemic, coupled with a falling US dollar. However, since this time, an easing of collection requirements in the US has alleviated these concerns.

As can also be seen in the above chart is the presence of banks which have enjoyed a very strong run of late, after being one of the worst hit sectors in the depth of the sell off. Banks are currently providing a source of value for investors and are trading very cheaply relative to their ‘book value’. The following chart shows that, compared to their book value, banks are trading as cheap as they have done for the past 25 years.

We have gradually been increasing our allocation to bank financials but remain cautious of the headwinds facing the sector in the coming months. Mortgage stress is at the forefront with data showing more than 1.4 million Australian households are now in mortgage stress and almost 100,000 could soon default on their loans once JobKeeper ceases in September and repayment holidays are over.

We are confident in the government’s ability to prevent a housing collapse, and with measures such as the recently announced HomeBuilder scheme, they have demonstrated their commitment to the sector. Under the scheme, the Federal government will provide $25,000 means tested grants for the construction of new homes or renovations, capped at projects of up to $750,000 and need to be signed up for by year end. On top of that, the WA government will chuck in an additional $20,000, and if you’re a first-home buyer, you’ll also be eligible for the existing $10,000 first homeowner grant as well as further stamp duty concessions, meaning some WA first-home buyers could qualify for up to $70,000 worth of benefits!

This is needed as the slump in immigration over the year ahead at a time of higher unemployment will reduce demand for dwellings and is a big win for home builders.

All up this is a very challenging landscape to invest in given that uncertainty is at near unprecedented levels and despite all manner of data and common sense, stock markets continue to surge higher. On a price to forward earnings basis, the ASX is as expensive now as it has been for 30 years (despite the banking sector being somewhat cheap!). 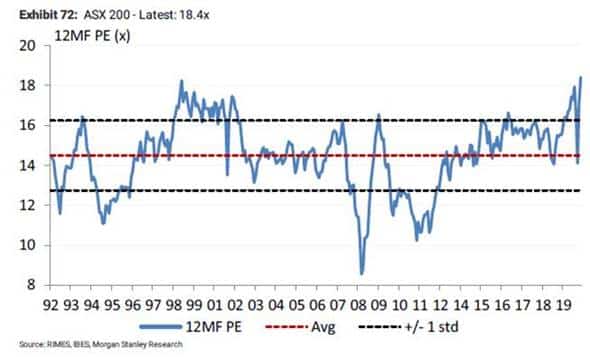 Whilst over in the US, the NASDAQ index has reached all time highs, and at time of writing is now above 10,000 for the first time ever! 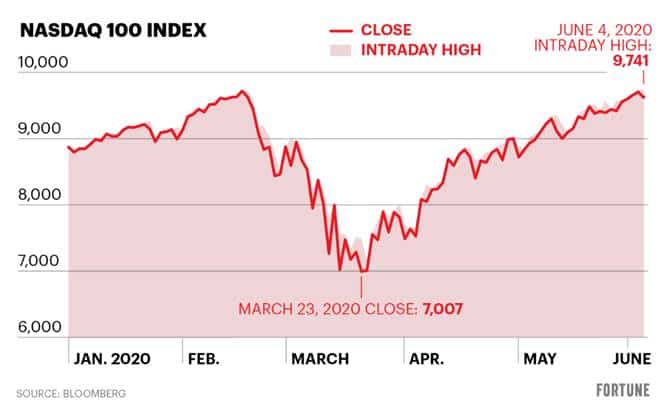 The broader US market has also enjoyed the spoils, having now moved back above its 200 day moving average. 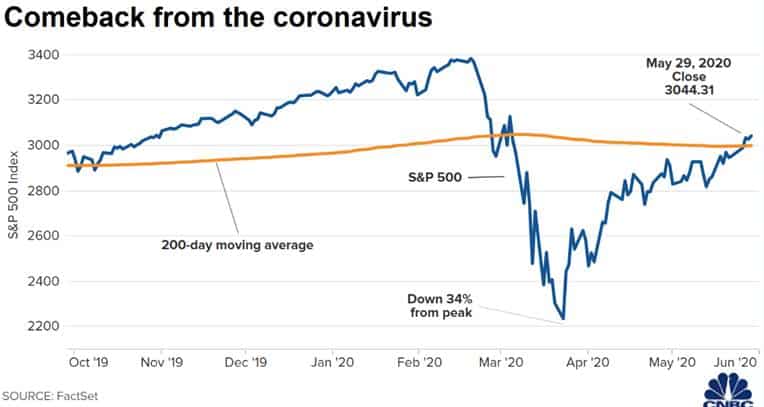 All this at a time of massive civil unrest and an environment where the number of coronavirus cases hasn’t even peaked yet! A common concern is that the rebound in share markets is out of touch with the reality of the economic data but let’s not forget we have seen this before – notably the rapid recovery seen in 2009 after the GFC. In our view, shares are certainly vulnerable to a short-term pullback but are still likely to be higher on a 6 to 12-month horizon.